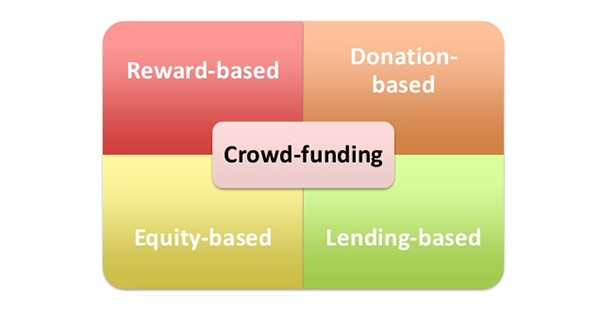 It’s a well-known story: you have a great idea, you work out a business plan, form a company, and dream about your inevitable success. Then you go to the bank to ask for a small business loan, and… you get denied.

Until about a decade ago, this was the end of the road for countless start-ups. In recent years, crowdfunding has become enormously popular as tech-savvy entrepreneurs turn to the online community when traditional funding can’t be secured.

Crowdfunding allows smaller and non-traditional businesses to gain a foothold in the market by raising the money they need to launch their organizations. Here you’re going to learn what crowdfunding is, how it works, and how you can use it to your advantage. We’ll look at where you should crowdfund, what your campaign should look like, and how you can bring in investors with this great new method.

Crowdfunding is the method of raising funds through multiple small donations from a range of CrowdFunders through an online platform such as Caribbean Crowdfunding.

Given that crowdfunding is a relatively recent addition to the world of business, it’s easy to track its growth and evolution.

The first large-scale crowdfunding campaign was hosted in 1997 by the English rock band Marillion, who raised $60,000 through online fan donations to fund a U.S.A tour. This sparked a trend of artists using crowdfunding to finance their projects and the first crowdfunding platform, ArtistShare, was set up in 2000.

Rewards-based crowdfunding is when backers receive a reward in return for their donation. There is usually a hierarchy where bigger donations earn larger rewards. This is the most common form of crowdfunding.

Donation-based crowdfunding is when backers do not receive anything in return for their donation and donate money because they want to help the campaign’s cause. This method is usually used by individuals or charities rather than businesses.

Debt crowdfunding is when money is donated to the campaign by “lenders” instead of “donors," who expect to receive their money back, plus interest. Debt crowdfunding is almost exclusively used by individuals rather than businesses, and a lot of the larger crowdfunding platforms don’t offer it. If you’re interested in debt crowdfunding, check out sites like Lending Club, Prosper, and Funding Circle.

The crowdfunding method you use should complement your business’s campaign aims. For example, if you are selling a product, you could have a rewards-based campaign and offer early access to the product as a reward. If you are trying to raise money for business expansion, equity crowdfunding might be more suitable and allow for future investments.